09:50
Keynote: A Few of my Favourite Things – Places of Worship in the North West – Clare Hartwell

14:15
Tour 1: Princes Road Synagogue and “The Religious Quarter” at the N end of Princes Boulevard

The North end of Princes Boulevard is a remarkable “Religious Quarter” which illustrates the diversity of religions and religious architecture in Liverpool. The tour will look in passing at: the Neo-Byzantine Roman Catholic Church of St Philip Neri (1920); the Neo-classical St Bride’s Church (1829-30); the exotic Greek Orthodox Church of St Nicholas; the restrained gothic St Margaret of Antioch Church and; the remarkably tall spire of the Welsh Presbyterian Church in French Gothic inspired, known as the Welsh Cathedral but now in a desperate condition. The tour will include a guided visit to the Princes Road Synagogue, which Pevsner describes as “one of the finest examples of Orientalism in British synagogue architecture” and which was featured in the BBC’s House through Time. 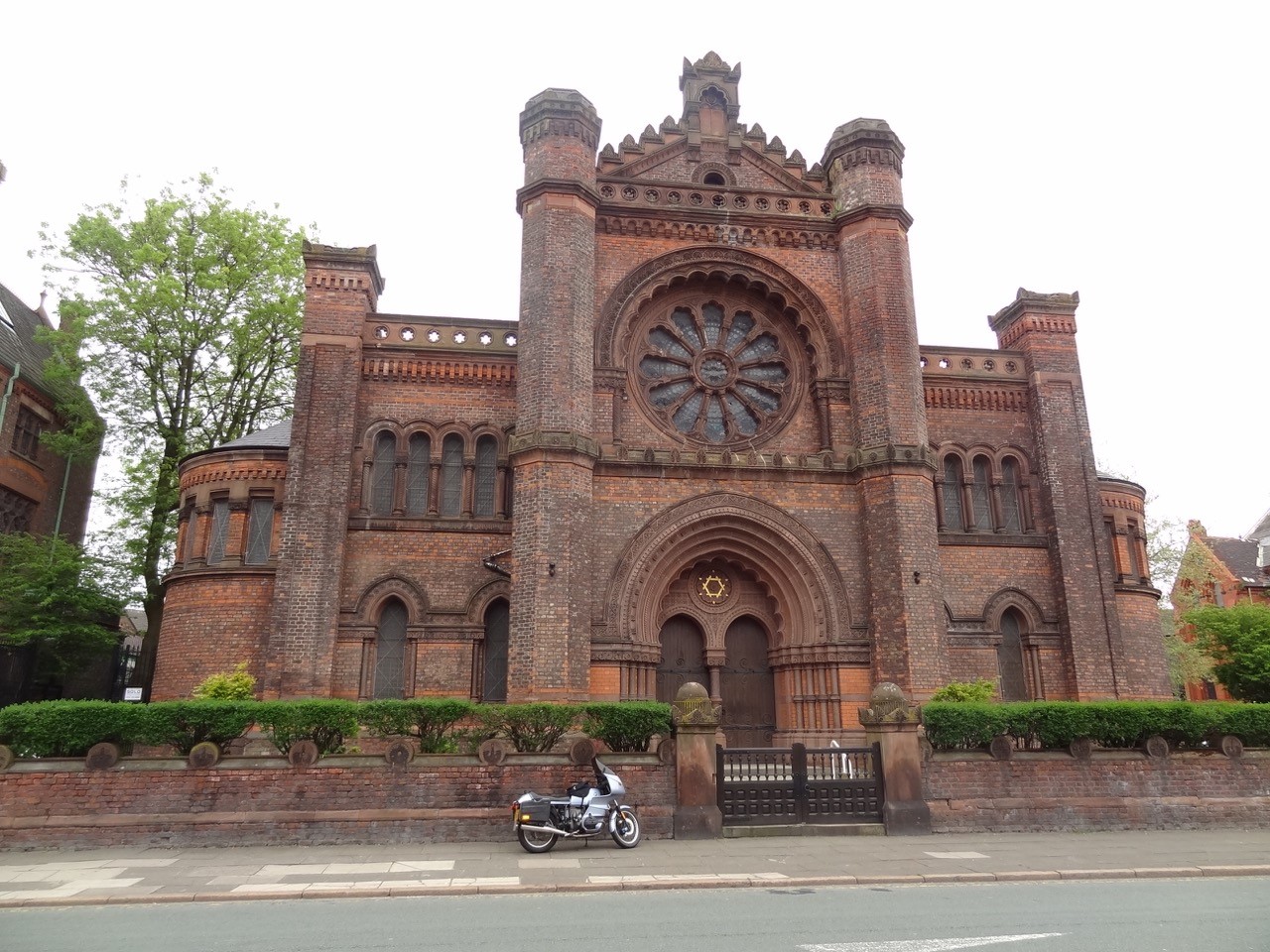 The Church of St Luke’s (1810-12) was initially designed by John Foster Senior with “working amendments” (and railings) by Thomas Rickman, the architect who devised the classifications of Gothic architecture and pioneered the use of cast iron-framed churches, with the iron-master John Cragg. A bomb fell on to the roof in WW2 but the shell survived and was retained as a monument and a war memorial, including a recent sculpture to commemorate the famous Xmas day truce for a game of football (celebrated by The Farm in “Altogether Now”)! It is owned by Liverpool City Council, which has recently organised stabilisation works, which were designed by Donal Insall Associates. LCC has now agreed to transfer responsibility for its management and use to a community arts group (Urban Strawberry Lunch), which will explain its plans for the future. The tour will look in passing at the Greek Revival Church of St Andrews (1823-4), which was built for Scottish Presbyterians, derelict for two decades following a disastrous fire but now restored and converted to student accommodation. 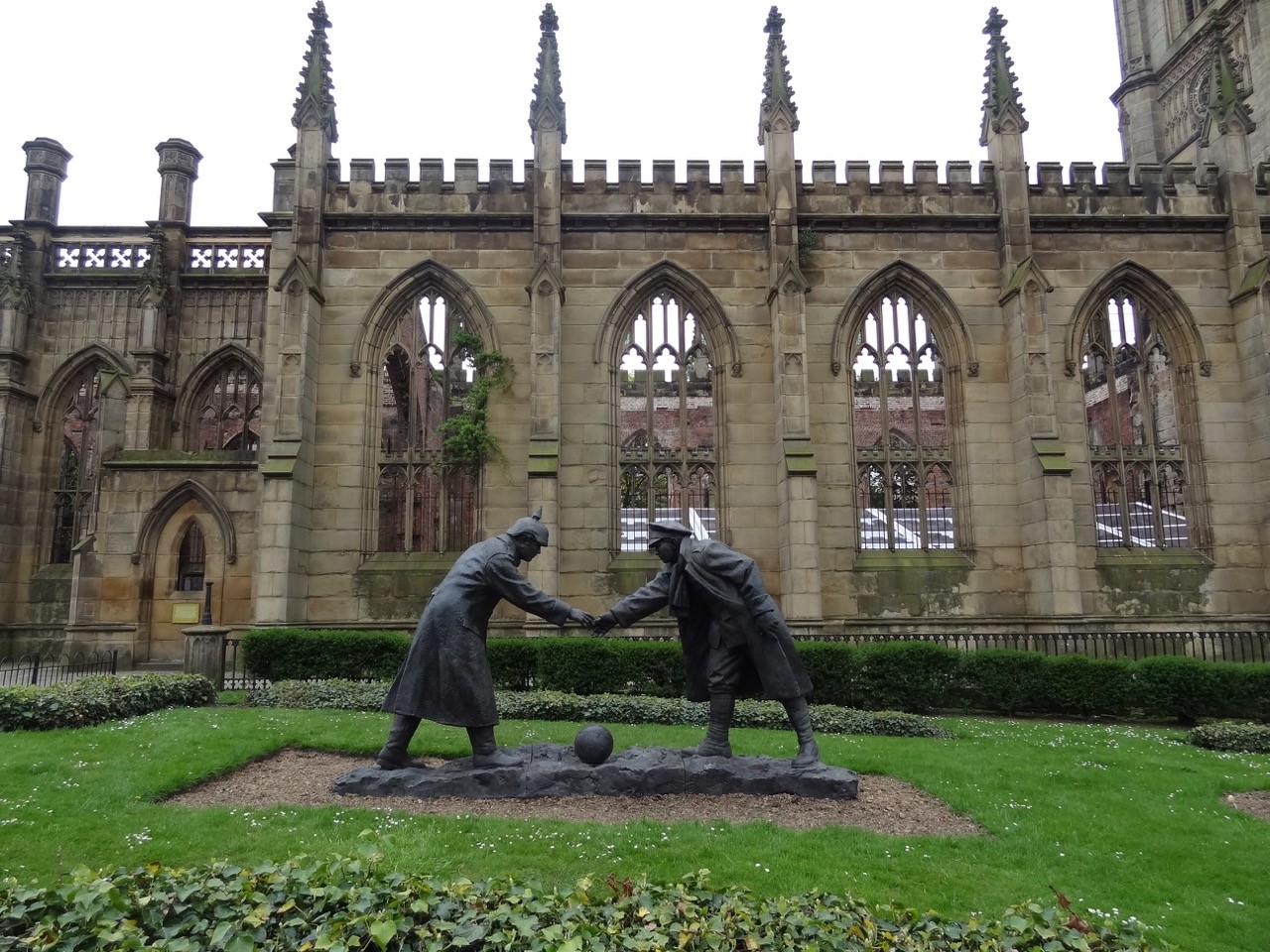 Liverpool’s Anglican Cathedral is: the last great gothic cathedral in the country, only completed in 1978; the largest in the UK and the fifth largest in the world and; was designed by Sir Giles Gilbert Scott, who also designed the red K5 telephone boxes. It is a remarkable architectural achievement, testimony to Liverpool’s wealth when it was commissioned, but also a canvas for the tradition of artistic expression, from the sculptures of Edward Carter Preston to a towering bronze statue of Christ by Elizabeth Frink and a rather underwhelming piece by Tracey Emin. In the shadow of the cathedral is John Foster Junior’s Oratory (1827-29), a perfect Greek Doric temple which was built as the chapel of St James’s Cemetery, now containing a rich collection of monuments. The cemetery and headstones have been reorganised but is still accessed via the dramatic tunnel in the bedrock and is now maintained by The Friends of St James’ Garden. The tour will look in passing at the Greek Revival Church of St Andrews (1823-4), which was built for Scottish Presbyterians, derelict for two decades following a disastrous fire but now restored and converted to student accommodation. 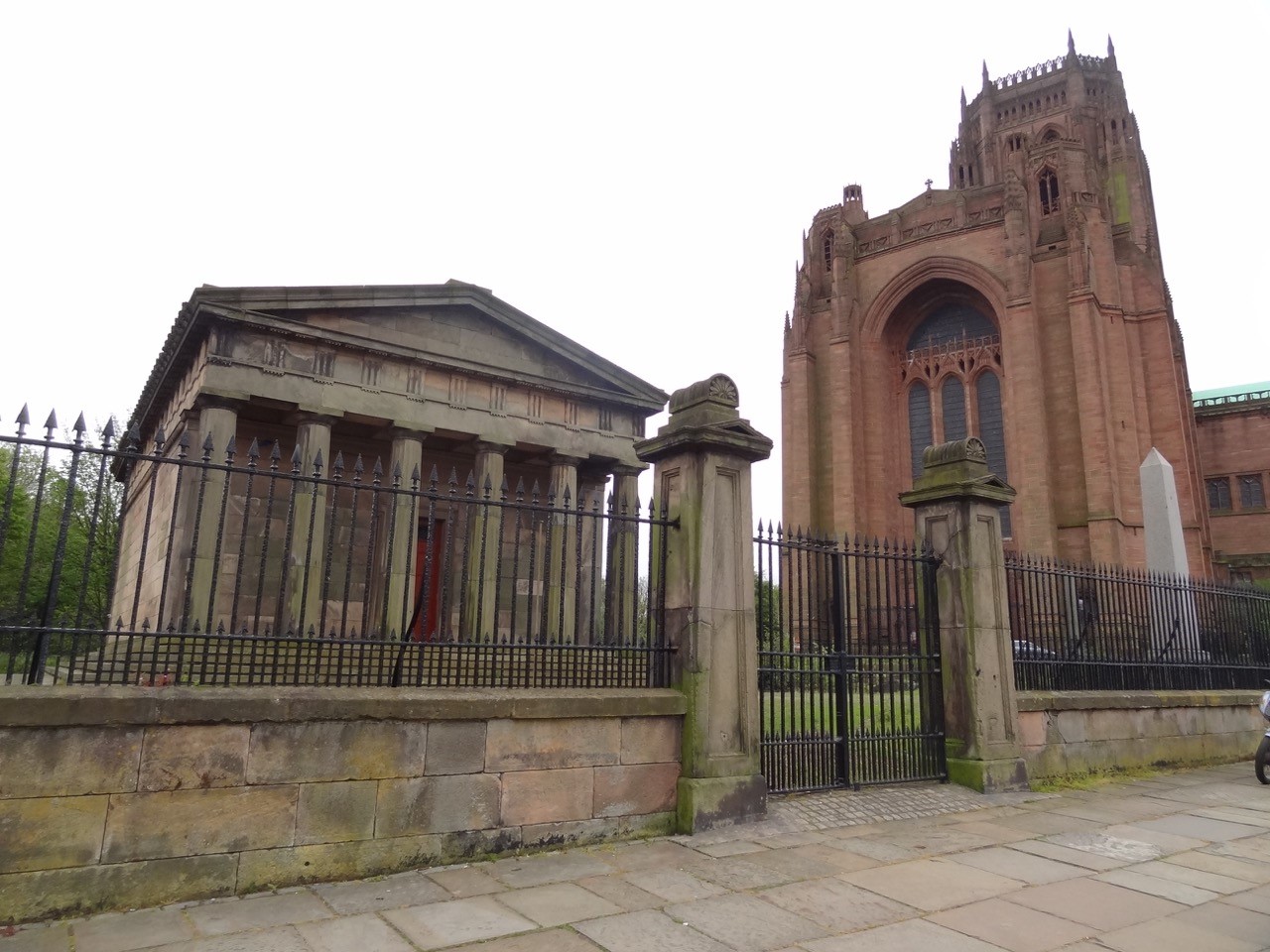 15:50
Presentation of RTPI NW – IHBC Conservation Award 2018
15:55
Reuse of Churches – Samantha Gill, Buttress
16:20
International Perspectives – Dr Tino Mager, TU Delft
16:45
Discussion and Summary
17:00
Close
We use cookies on our website to give you the most relevant experience by remembering your preferences and repeat visits. By clicking “Accept”, you consent to the use of ALL the cookies.
Cookie settingsACCEPT
Privacy & Cookies Policy

This website uses cookies to improve your experience while you navigate through the website. Out of these, the cookies that are categorized as necessary are stored on your browser as they are essential for the working of basic functionalities of the website. We also use third-party cookies that help us analyze and understand how you use this website. These cookies will be stored in your browser only with your consent. You also have the option to opt-out of these cookies. But opting out of some of these cookies may affect your browsing experience.
Necessary Always Enabled
Necessary cookies are absolutely essential for the website to function properly. This category only includes cookies that ensures basic functionalities and security features of the website. These cookies do not store any personal information.
Non-necessary
Any cookies that may not be particularly necessary for the website to function and is used specifically to collect user personal data via analytics, ads, other embedded contents are termed as non-necessary cookies. It is mandatory to procure user consent prior to running these cookies on your website.
SAVE & ACCEPT